Posted on December 15, 2018 by writinginoverdrive

J. R. R. Tolkien, the creator of The Lord of the Rings, once wrote that his goal as a writer of fantasy was to provide for his readers an experience he called “the Consolation of the Happy Ending.” The consolation he spoke of is far more than the words “happily ever after.” It is an experience that only occurs when disaster seems certain and all hope is lost. Then, when we least expect it, Joy breaks through, catching us completely by surprise. Tolkien called that moment “a fleeting glimpse of Joy, Joy beyond the walls of the world, poignant as grief.”

Tolkien coined a word for that moment of unexpected, un-hoped-for Joy in the midst of despair: eucatastrophe, a “good catastrophe.”  When evil falls and the righteous triumph, the reader feels a special kind of Joy — “a catch of the breath, a beat and lifting of the heart, near to (or indeed accompanied by) tears.” 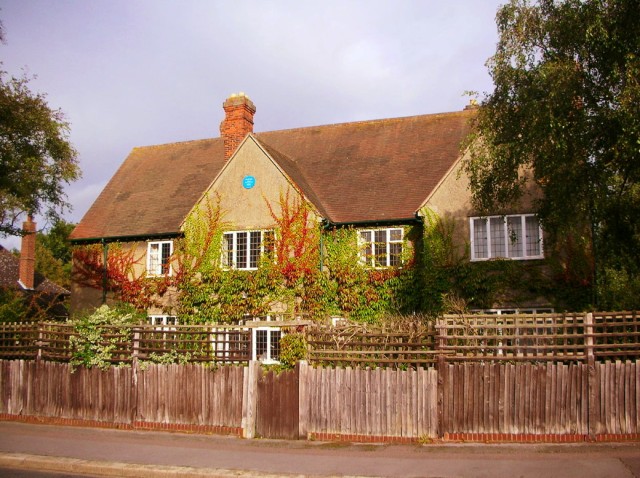 Is the Joy of eucatastrophe just a literary device for manipulating the reader’s emotions? No. This same sudden glimpse of Joy, Tolkien wrote, can be found in our own world: “In the eucatastrophe we see in a brief vision . . .  a far-off gleam or echo of evangelium in the real world.” Evangelium is Latin for “good news,” the message of Jesus Christ.

Tolkien went on to compare the Christian Gospel, the story of Jesus Christ, to “fairy-stories,” the kind of fantasy tales (like Tolkien’s story The Hobbit) that produce the Joy of eucatastrophe, the consolation of the happy ending. The difference between the gospel story and fairy-stories, Tolkien said, is that the gospel is true: “This story has entered History and the primary world.”

“The Birth of Christ is the eucatastrophe of Man’s history,” Tolkien explained. “The Resurrection is the eucatastrophe of the story of the Incarnation. This story begins and ends in joy. It has pre-eminently the ‘inner consistency of reality.’ There is no tale ever told that men would rather find was true, and none which so many skeptical men have accepted as true on its own merits.” 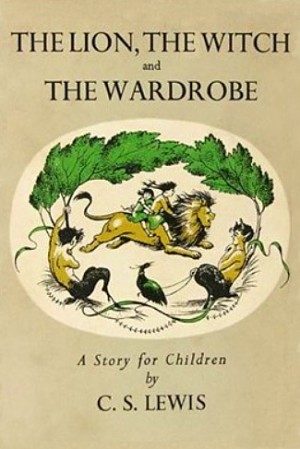 One of Tolkien’s closest friends at Oxford in the late 1920s was an atheist English professor named C. S. Lewis. Along with their friends Owen Barfield, H. V. D. Dyson, Nevill Coghill, and others, Tolkien and Lewis would talk about these ideas — the nature of myth, reasons for believing in God, was Jesus Christ the Son of God, and on and on. Lewis was the lone atheist in the group; the rest were Christians. Their conversations often took the form of debates, and even verbal jousts and battles.

During this time, Lewis was also reading books like Samuel Alexander’s Space, Time, and Deity and G. K. Chesterton’s The Everlasting Man — books that were leading him to doubt his atheist convictions. At around the same time, one of his atheist friends — “the hardest boiled of all the atheists I ever knew” — remarked to Lewis that the evidence for the historical reliability of the four New Testament gospels was “surprisingly good.” As Lewis wrote in his autobiography, “a young Atheist cannot guard his faith too carefully. Dangers lie in wait for him on every side.”

In the spring of 1929, Lewis went to his knees, prayed, and “admitted that God was God.” He was not yet a Christian. At that point, he had only converted to Theism, to belief in a personal God. He did not yet believe that Jesus was, in fact, God in human flesh.

One night in September 1931, Lewis had a long, late-night conversation with Tolkien and Hugo Dyson. Tolkien argued his conviction that the Christmas story, the story of the birth of Christ, is a true mythic story that has entered our world and our history. Around three a.m., Tolkien was getting sleepy so he left Lewis and Dyson to continue their conversation for an hour or two longer.

Three days after that late-night conversation, on September 22, 1931, Lewis and his older brother Warren (or “Warnie”), decided to go to the Whipsnade Zoo, almost forty miles east of Oxford. Lewis rode in the sidecar of Warnie’s motorbike. In his autobiography, Lewis recalled, “When we set out I did not believe that Jesus is the Son of God, and when we reached the zoo I did.” Lewis was not thinking about any theological arguments as he rode to the zoo. He was simply enjoying the sunshine and the scenery — and when he arrived at the zoo, he discovered that, somewhere along the way, without even realizing it, he had become a Christian. 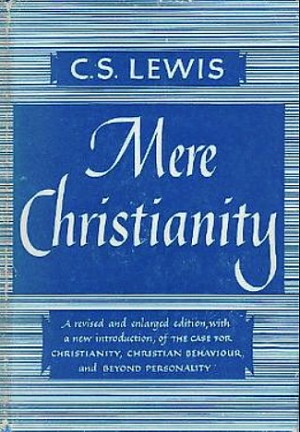 But even though he was not thinking during that ride about Tolkien’s argument for Christianity as a “true myth,” Tolkien’s idea was a key element in Lewis’s conversion to faith in Christ. He later said that the idea that altered his thinking and his worldview was this:

I was by now too experienced in literary criticism to regard the Gospels as myths. They had not the mythical taste. And yet the very matter which they [the writers of the gospels] set down in their artless, historical fashion . . . was precisely the matter of the great myths. If ever a myth had become fact, had been incarnated, it would be just like this. And nothing else in all literature was just like this. . . . And no person was like the Person it depicted; as real, as recognizable, through all that depth of time, as Plato’s Socrates . . . yet also numinous, lit by a light from beyond the world, a god. But if a god — we are no longer polytheists — then not a god, but God. Here and here only in all time the myth must have become fact; the Word, flesh; God, Man.[1]

Lewis was converted in large part by the Christmas Eucatastrophe, the “myth” of how the Creator God was born as a baby in Bethlehem, the “myth” that became not only historical fact but the central fact in the life of every believer. Because of those long conversations between J. R. R. Tolkien and C. S. Lewis, the atheist professor was transformed into one of the greatest Christian writers of all time, the author of Mere Christianity, The Screwtape Letters, The Chronicles of Narnia, and The Space Trilogy.

Note: Next Saturday, I’ll post a very special column about the astonishing scientific evidence for the truth of the Christmas story. If you’ve never heard of this evidence before, I think you’ll be amazed and blessed. 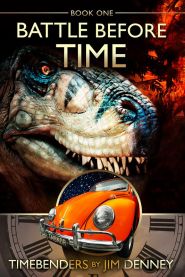 Note: Battle Before Time, the first book in my newly revised and updated Timebenders series for young readers, has just been released in paperback. Click this link to learn more.

And if you’d like to learn more about how to write faster, more freely, and more brilliantly than you ever thought possible, read my book Writing In Overdrive, available in paperback and ebook editions at Amazon.com. —J.D.

1 Response to The Christmas Eucatastrophe

This site uses Akismet to reduce spam. Learn how your comment data is processed.